“India accounts for more than 50% of the world’s new cases in leprosy every year” Interview to B. Vijayakrishnan, Fontilles representative in India 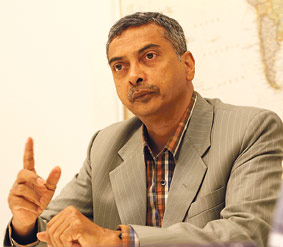 B. Vijayakrishnan, Fontilles representative in India

B. Vijayakrishnan, Fontilles representative in India, has been in our diocese to talk about the women situation affected by leprosy in his country.
– Which are the rasons for India to be the most affected country by leprosy in the world?
– India accounts for more than 50% of the world’s new cases in leprosy every year. The people affected by leprosy belong to poor socio-economic categories and always need support and intervention. The global efforts to prove that “leprosy is being eliminated” resulted in withdrawal of vital support mechanisms including active case detection drives and availability of paramedical staff trained in leprosy at local health centres.
-Why is so hard to stop leprosy in India?
– The declaration of “elimination of leprosy” in India in the year 2005 and the policy changes in the health sector were big blows to the leprosy programme in the country, which made leprosy eradication look almost unachievable now. The message carried to the administrators and decision makers that “leprosy is no more a public health problem in India” made them exclude leprosy from all sorts of funding. The political will to stop leprosy has disappeared. Community level NGOs who worked in leprosy earlier are disappearing. The sufferers have no big role other than contributing to the numbers by way of number of children, number of people with disabilities etc among new cases reported year after year.
– Which is the main source of suffering in India, the illness or the social marginarion atrached?
-Both are equally important and contribute to each other. Many people deny the chance of leprosy at its initial stages due to fear of social marginalisation. Visible deformities add to social marginalisation.
– After reading the book ‘Tears of Cotton, Dust and Silence’, edited by Fontilles, we can see that women suffer more margination , what is the reason?
– Women have inferior status to men with limited access to resources and less power in decision making related to family and community affairs. Community based NGOs in India always fought for the empowerment of women and have been a major driving force in whatever improvement women could achieve in the society. Women when affected by leprosy get relatively less attention than their male counterparts.
– You’re Fontilles representative in India, and You lead many programs to fight leprosy for the gob, cath asso and many ONG’s.
– Fontilles alongside other leprosy organisations in India work very closely with the government at centre and state levels in support of the leprosy programme. Fontilles developed a unique project in collaboration with the government in Madhya Pradesh by setting up a referral centre offering secondary and tertiary care for the people affected by leprosy. Apart from creating such models it focuses on developing partnerships with community level ONGs so that the much needed services are made available to people affected by leprosy. Our projects in Gujarat, Karnataka and Madhya Pradesh work with people providing disability prevention and social rehabilitation services apart from awareness generation among students, youth and neighbourhoods. These activities are done in collaboration with other leprosy and development NGOs including Catholic organisations.

– How Fontilles has helped to improve the situation over the time?
– Fontilles believes in collaborative projects and building partnerships. Model projects were built up in collaboration with our other partner organisations in India, motivating leprosy workers in the government and private sector.
– What steps are India Government taking to cure and fight leprosy?
– It looks like the countries are not in control of their leprosy programme. As mentioned elsewhere, India like other countries reporting high number of leprosy cases every year made big mistakes by stopping leprosy campaigns and diluting leprosy services by reducing strength of trained paramedical workers in the health structure. However currently the department in charge of leprosy is trying to get attention of others who matter most in releasing funds for leprosy and in taking administrative decisions to do things better. The central leprosy division of the Government of India is working with state level health departments to improve detection of new cases and making disability services available at various levels.
-Currently most of the world is suffering a financial crisis …which are the effects on your campaign in India? How is it influencing health policy and development cooperation?
– Leprosy programme is one of the worst affected due to the financial crisis in the world. The current information system does not talk about people who complete MDT. There are lot many people developing reactions and disabilities during and after treatment with MDT, data of which is not available. The figures available do not attract priority from any funding sources. Due to reduced funding internally field level organisations looked for help from organisations like Fontilles. Unfortunately the crisis in Europe forced Fontilles also to reduce international project funding. We are not able to influence policy decisions as we would have liked due to this weakness in the financial situation.
– Is leprosy a condition that you have experienced in your wider family or with those close to you?
– Personally I have quite a good number of friends from among the community of people affected by leprosy. Many of them have suffered the disabling consequences of leprosy.
– Apart from financial support, how can we in Spain help Fontilles in India to fight leprosy and its consequences?
– Perhaps it is the advocacy support which could matter a lot in the case of leprosy. Fontilles has been contributing to the international efforts through its laboratory and sanatorium apart from joining hands with international organisations. Need of the hour is to make the government and health and human rights organisations worldwide to recognise the importance of this issue and not to reduce the issue to just the number of yearly new cases.
– Leprosy is not difficult to cure and it is not nearly as contagious as tradition would have us believe. Why is there still so much of it?
– Definitely change is needed at policy and approach level. “Expertise” in leprosy is limited to a handful of medical scientists and clinicians. There is a need for more social scientists to advice governments on the health economics and political science issues in leprosy so that the right decisions taken are in the right direction. Malawi has much more leprosy cases now than people would have believed as a recent study proves. Malawi declared elimination in 1994! (http://www.biomedcentral.com/1472-698X/12/12) Another Asian country, Indonesia which declared elimination in the year 2000, has steadily increased reported new cases, children are among the new cases and disability rate. India is not different.
The global community should take up this issue and deal with leprosy with the same spirit as in the cases of Polio, small pox etc. 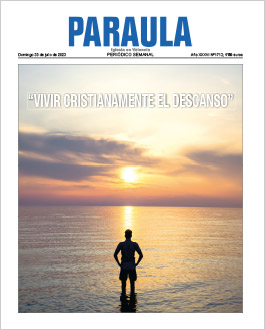